Python at the SIAM CSE'09 meeting 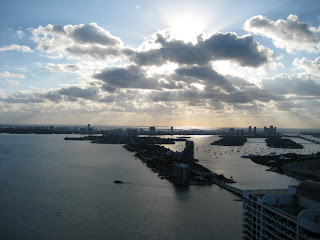 After the success of last year's Python minisymposium at the annual SIAM meeting, this year we had a repeat: Simula's Hans-Petter Langtangen (author of the well-known Python Scripting for Computational Science), U. Washington's Randy LeVeque and I co-organized another minisymposium on Python for Scientific computing.

At the Computational Science and Engineering 2009 meeting, held in downtown Miami March 2-6, we had again 3 sessions with 4 talks each (part I, II and III), with a different mix of speakers and focus than last year. While last year we spent some effort introducing the language and to a certain extent justyfing its use in real-world scientific work, we felt that this time, the growth of the many python projects out there speaks for itself and that we should instead turn our attention to actual tools and projects useful for specific work. Thus, we had no 'why python for science' talk, although obviously most speakers spent some time providing this kind of information in the context of their own projects.

I think that this is the right path to follow: for a number of years, many of us have been developing tools and justyfing Python as a viable alternative to tools such as Matlab or IDL, but we need to start moving away from that mode. There is no doubt in my mind now that, while still immature in certain areas, Python is a credible, production alternative to said packages. In many contexts it can actually be far superior to its propietary and expensive counterparts, as many of us have found in practice. So hopefully as we move forward, we will do less of 'you can use python for scientific work' and more of 'here is a great scientific project/tool that happens to be implemented using Python'. Eventually, I hope we will not have any Python-specific sessions at scientific meetings, just like we don't see any "Fortran for scientific computing" special sessions.

This was a smaller meeting than the annual one, but attendance for our sessions was good. There were interesting discussions and questions from audience members who were obviously new to the tools and curious to learn more. Personally, I had a great time both catching up with some familiar faces and meeting some new ones, all of whom I hope will become more regular contributors to the greater ecosystem of scientific python tools. Ondrej Certik, always full of energy, promptly posted his own report, along with some video from where we were staying.

An aside: when I tried to book the conference hotel all available rooms at the conference rates were taken, so a plan B was in order. I found online a room across the street that was cheaper than the Miami Hilton's conference rate and rented it. It turned out to be a great condo on the 50th floor of this tower, with free high quality internet, lots of work space we could use and a gorgeous view. Lesson learned: in this economic crisis, shop around: we got a great place and still saved money over the normal conference rate... The conference hotel is just barely visible, in the lower right hand corner of this shot: 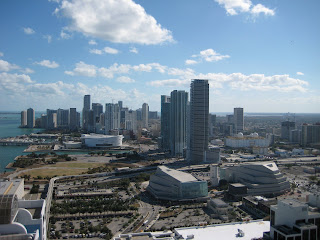 I am currently in the process of collecting slides from the speakers; check that page later if you are interested in any talk for which I haven't posted them yet: I'll continue to update it as I receive them. Until the next meeting... 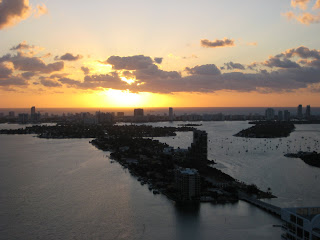 It sounds as if you guys had fun in Miami! Keep up the good work!

@Stefan: we did, thanks! And the response was very good too, which obviously makes me happy. We have to justify all the late nights somehow :)